How to bring traffic to a website? What could be done to engage visitors on my site? These are very common questions asked by a majority of website owners out there. I have seen people shutting down their business by running out of leads and paid campaigns.

But, what if I say there is a way where you can drive thousands of visitors to your website every month and never worry about conversions? Yes! That’s what I did to my site.

After several weeks of niche research, I found a very competitive niche which I was sure would be an excellent investment to make. But months after selecting the domain and setting up the website, I decided to stop procrastinating and start working on its SEO for a better traffic. That’s how it all started.

After months and months of no traffic and a lot of procrastination, I started exploiting my skills as an SEO Analyst to receive organic traffic from all over the world via major search engines like Google, Bing, Yahoo and more.

In December 2016, I made an inbound marketing strategy for the site and started working on it. Below is the analytics report for that month.

By the time I started working on the SEO, there was little to no organic traffic on the website. After which, I began working on my self-made SEO Strategy which resulted in getting 87 organic visits for the entire December month and a few more from other channels like Social Media and Referrals.

But what happened in the month of January 2017 was totally unexpected. The organic traffic jumped from 87 visitors in December to 417 organic Visitors that month (a 375% increase in SEO Traffic from previous month). Which pretty much made sure that my SEO Strategy is working just fine.

However, I did some Social Sharing as well to keep the traffic coming with 64 visitors from Facebook, Twitter, and other Social Media Platforms.

February 2017: Inspired and Motivated with the results of January Month, I optimized my site a bit more and made some high-quality backlinks as per my strategy. That’s where the results kicked in, and the Organic traffic increased to 639 Visitors that month.

Not to mention, I only gave 2 hours per day on the website’s SEO after my daily 9-5 Job.

And that’s when I thought it would be a good idea to monetize the site via Google AdSense. Nothing huge, but the site earned a small amount of $5 for the entire month based on the number of clicks and impressions.

In February, 89% of the search traffic came from Google and the rest 11% from other Search Engines.

March 2017: The Traffic started falling in the first week of March, as I wasn’t able to give much time to the site due to my daily 9-5 Job. I decided to increase the work time from 2 hours to 4 hours a day, focusing more on Keyword Research and Building High-Quality Backlinks.

The Rankings were Skyrocketed, the search traffic doubled up as compared to February and what I witnessed was a whopping 1200% increase in organic traffic as compared to the starting month i.e. December.

Also, the AdSense earnings were three times to that of the previous month.

Common SEO Mistakes that I avoided

The results in these four months took a lot of hard work and practice, and of course the SEO Strategy, a successful strategy as it seemed. In order to maintain that success, there were a few mistakes I could have done that I avoided as learned in my past SEO Experiences. Some of them are mentioned below:-

I played by the golden rules of SEO, which in terms are the White-Hat SEO Tactics as mentioned in Google Webmaster Guidelines. Which in fact, worked amazingly well as seen in the next month’s results.

April 2016: I quit my Job as a Digital Marketing Manager to start multiple Niche sites and become a Freelance Web Developer and SEO Consultant. The good thing that happened – now I was able to dedicate all of my time in building my website’s search traffic and most importantly – I work for myself.

The visitors have again doubled the visitors of the previous month, and I witnessed a gradual increase in Social Media and Referral Traffic as well.

How Would Paid Campaign Have Cost Me a Fortune

I am not a fan of Paid Search when it comes to Search Engine Marketing unless the business is product based or something to attract more leads. The primary goal of my Niche website was to draw a good amount of Organic Visitors without spending a single dime on Paid Campaigns.

And guess what? According to SEMrush, which is a widely popular SEO Tool used for SEO Analysis, the overall worth of my ranking keywords was approx. $3.5K. Which means, most of the keywords I ranked in the top 10 results would have cost me a fortune if I ran a paid campaign for those keywords.

Keywords worth $3K (According to SEMrush)

The 13000% Increase in Organic Traffic

May 2016: Quitting my Job and dedicating more than 4 hours a day resulted in something that I never even imagined would happen. With more than 90 keywords ranking on the first page and more than 900 Keywords ranking in Top 100’s of Google and other Search Engines, I started receiving organic traffic from all over the world, primarily the U.S.A.

13000% Increase in Organic Traffic (as compared with December’s stats)

Undoubtedly, the SEO Strategies that I made started giving results like never before. And along with the massive increase in traffic, the Google AdSense earnings for May 2017 also got increased to 4X times to that of past two months.

Like I mentioned earlier, my primary goal was to increase the Organic Traffic without paying a single dime on paid campaigns. Everything was dependent on my strategies, the amount of time I gave to the website and not to mention the sleepless nights. When I started this site, I never thought it to be a source of passive income for me.

Adding up the numbers, the total revenue generated within two months was approx. $120, which in fact was a satisfactory return on investment for me. And these were just the AdSense Revenues. A website with 11,500 visitors per month has excellent potential to earn 100 times this amount with Affiliate Marketing and other sources.

But unfortunately, the niche I selected didn’t have much scope in Affiliate Marketing, and therefore I started working on other niches as well.

When I first started working on the SEO for this website, there was nothing to brag about it apart from its engaging posts. Initially, the overall traffic I received was 250 Visitors in the entire December month, which also included – Direct, Referral, and Social Media Traffic apart from the organic visitors.

And this is how I raised the bar for every other month’s traffic and that too single-handedly. Below are the stats for these six months (December 2016 – May 2017).

If we talk about the overall traffic in these six months combining all the sources, there was a 5000% increase in sessions from the December 2016 to May 2017.

The total number of Organic Searches were 16,593 Visitors in addition to the Direct, Referral and Social Visitors which increased the count to 19,371 Visitors within six months of inbound marketing.

Talking about the Global Reach, there were visitors from 112 Countries in these six months, where 88% were from the U.S. and the remaining from other nations. Which made it clear that the keywords I targeted had a majority of searches from the U.S.

When I changed the Demographics statistics to Cities, I discovered that the Traffic came from 2500 Cities of those 122 Countries, which made sure that this particular Niche is very popular in the whole world, making it more competitive at the same time.

Currently, I am working on a few more niche sites for my next case study. If you have any questions related to this Case-Study, feel free to drop me an email or use the live chat option. 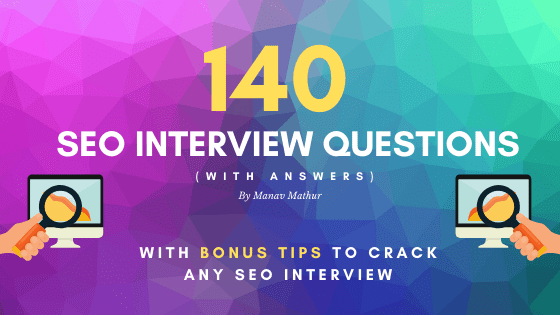